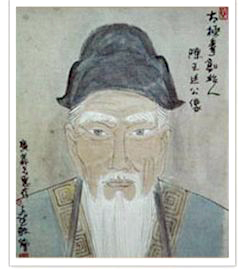 Chen Wang Ting 陳王廷 was born at the end of the Ming Dynasty and at that time the government had become very corrupt.

Chen Wang Ting was very angry and knowing the Drummer was corrupt, he picked up his sword and killed him! He then quickly escaped the examination field!